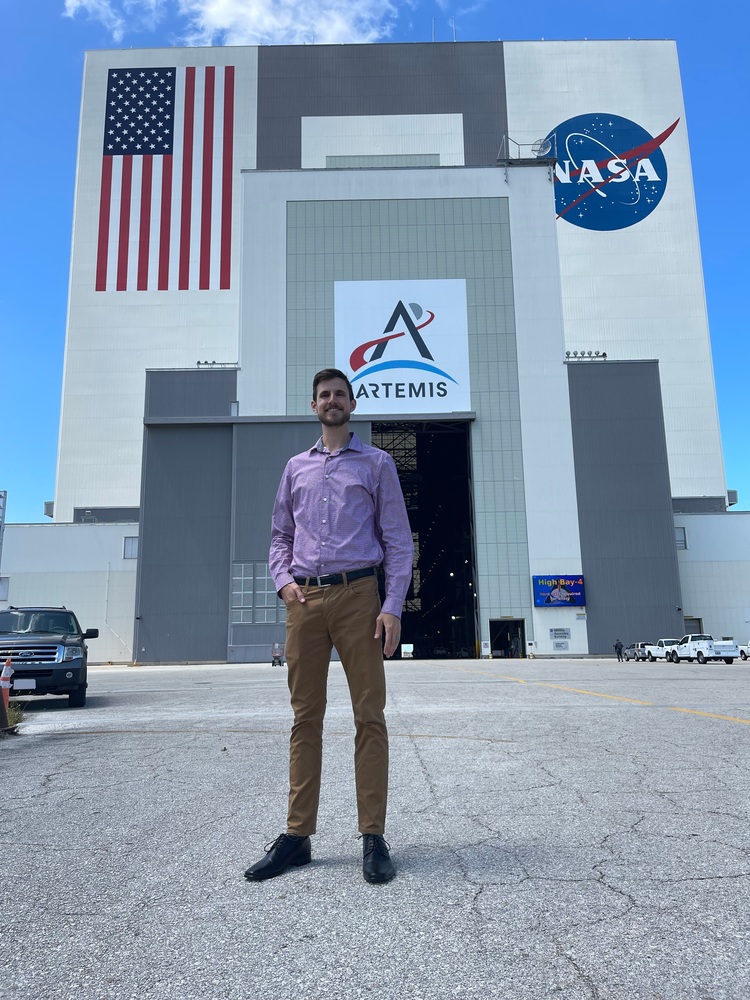 Erik LeBeau, a 2014 graduate of Lincoln-Way Central, has reached new heights since his days as a Knight. LeBeau, who works for United Launch Alliance (ULA), recently collaborated with Boeing and NASA on Artemis I, the first launch of the Space Launch System (SLS). This mission sent NASA’s Orion spacecraft into orbit and ensured that it reached its destination: the Moon.

LeBeau has worked at ULA for more than two years, and he spent much of that time on a small team helping to design this mission’s trajectory and ensure a successful launch of Orion into its lunar orbit. The mission itself, LeBeau said, has been nearly a decade in the making.  Aside from designing the mission, LeBeau had the opportunity to work with the flight operations team in ULA’s Denver Operational Support Center, where he monitored the mission as it was happening.

After being inspired by his STEM (science, engineering, math, and technology) teachers at Lincoln-Way to pursue this path, LeBeau attended Marquette University and majored in mechanical engineering. He began his career at a company making gearbox accessories for plane engines, but when the pandemic hit, he decided to switch gears and found his stride in the space industry.

“I can definitely say that a lot of my teachers provided support and encouragement that kept me going and helped me believe in what I was going to accomplish in the future,” said LeBeau, noting that Dr. Baran’s physics and engineering physics classes were where his passion for engineering was ignited.